Types of Excavators & their applications 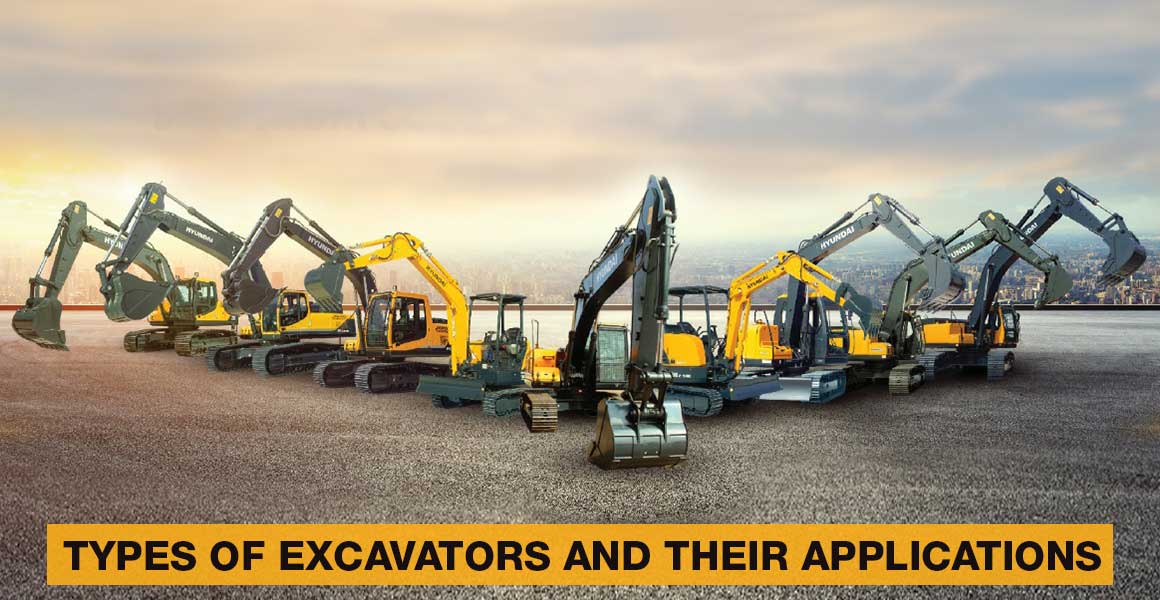 The main uses for an excavators are digging, trenching, earthmoving, loading and foundations, providing the power to do these tasks much more easily and effectively than any other piece of heavy equipment in the market. Below mentioned are some popular types of excavators.

In this article, we are going to dig a little deeper into the different types of hydraulic excavator & share insights on their various applications. 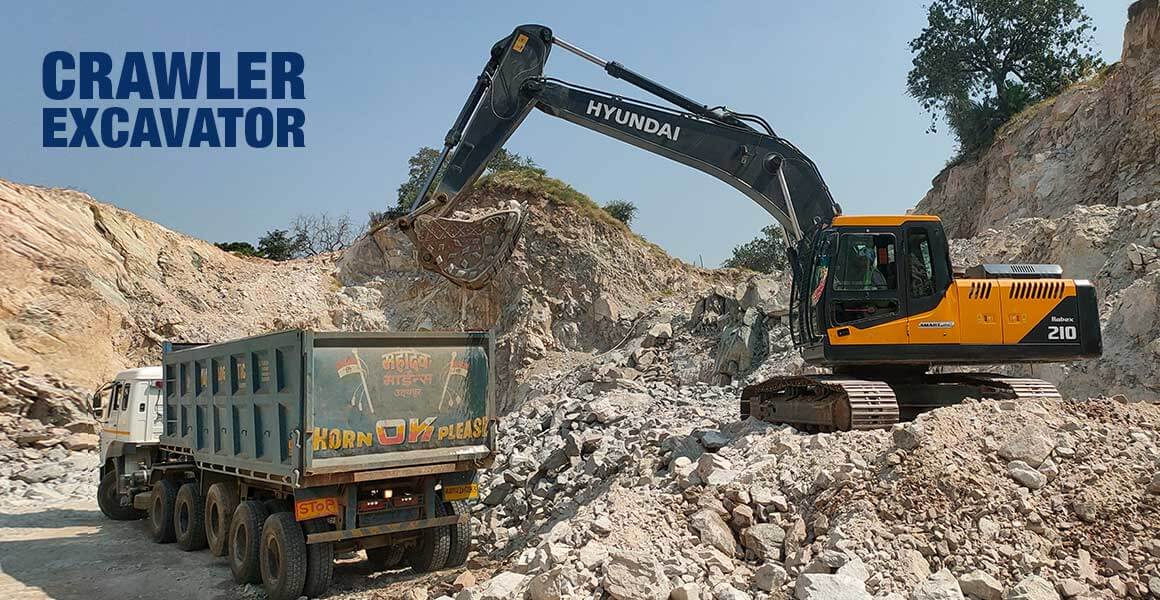 A crawler excavator is a tracked machine designed for digging, loading, earthmoving, grading, lifting and carrying jobs and is classified by its mode of locomotion. They are also termed as general purpose excavators and hydraulic excavators. They have a boom, arm and bucket to the front of the machine. The chain wheel system in crawler excavator allows them to slide down and scale hills with less risk, making them suitable for grading hilly areas and landscaping uneven terrain. While slower than wheeled excavators, crawlers provide overall greater stability and flexibility. Crawler excavators are widely used in India in multiple applications like Construction, Mining & Quarry. 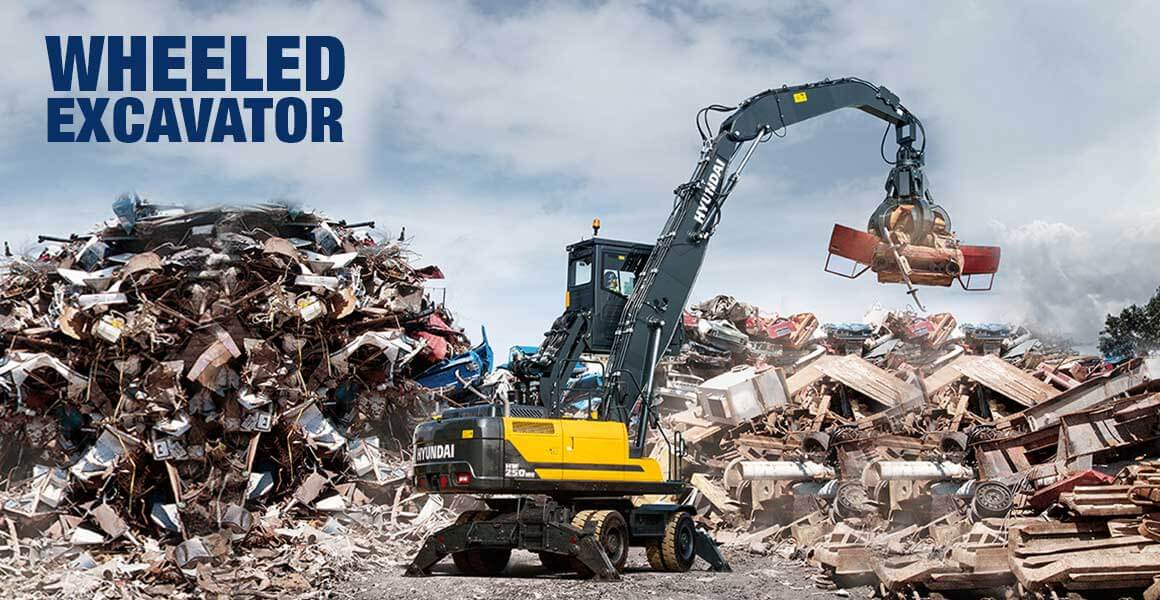 They are equally powerful and productive as tracked excavators. They work really well for roadside work as they are more maneuverable than track type excavators. They run on wheels, instead of tracks. The biggest plus point of this class of excavators is that it can be driven from one job site to another by wheels easily on a road, while crawler excavators running on tracks are generally transported on a trailer for even a short distance travel. Uneven ground surface can be a problem for these machines, too. They excel in urban areas. Wheeled excavators can be used for a wide variety of applications such as road work, scrapyard work, material handling, waste handling, utility installation, just to name a few. 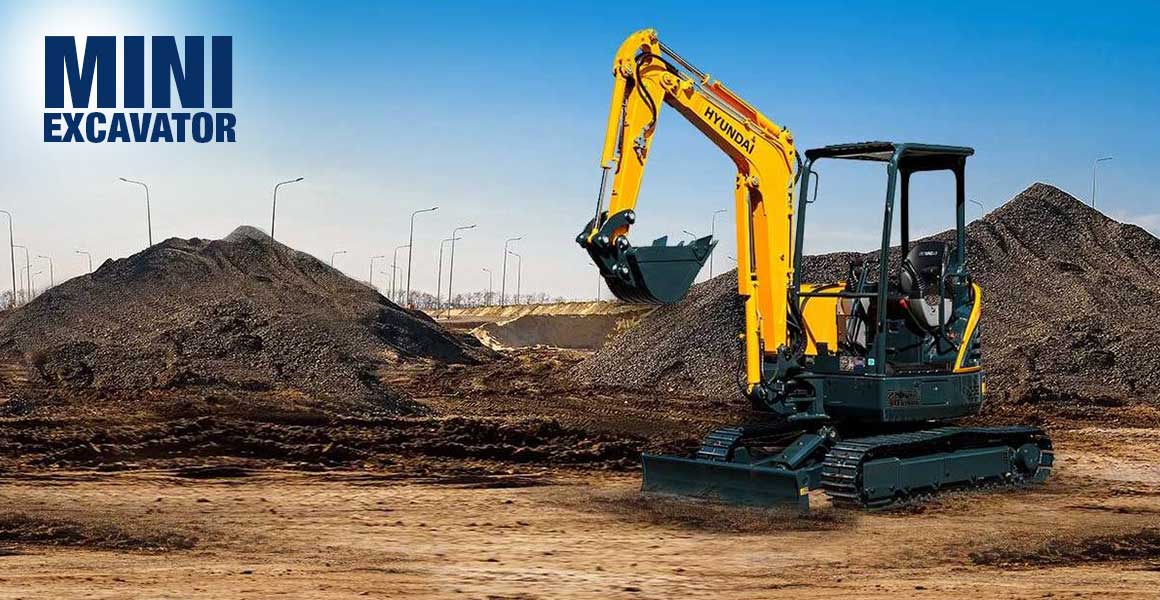 A mini excavator is a crawler or wheeled excavator with an operating weight ranging from 0.7 to 6 tonnes. This is one another general purpose excavator, with the equal level of performance and usage but a short swing radius superstructure, which offers many benefits in urban and confined areas. There are two types of Mini excavators, one with conventional tail swing whose house will extend beyond the tracks through the complete rotation, while the another one with zero tail swing whose house diameter stays within the tracks width through the complete rotation. The boom swing operation of mini excavator is one of the important features for operator to dig alongside obstacles with lesser restrictions and better visibility. Mini Excavator in India getting popular as it can perform work that is traditionally done by using manpower. 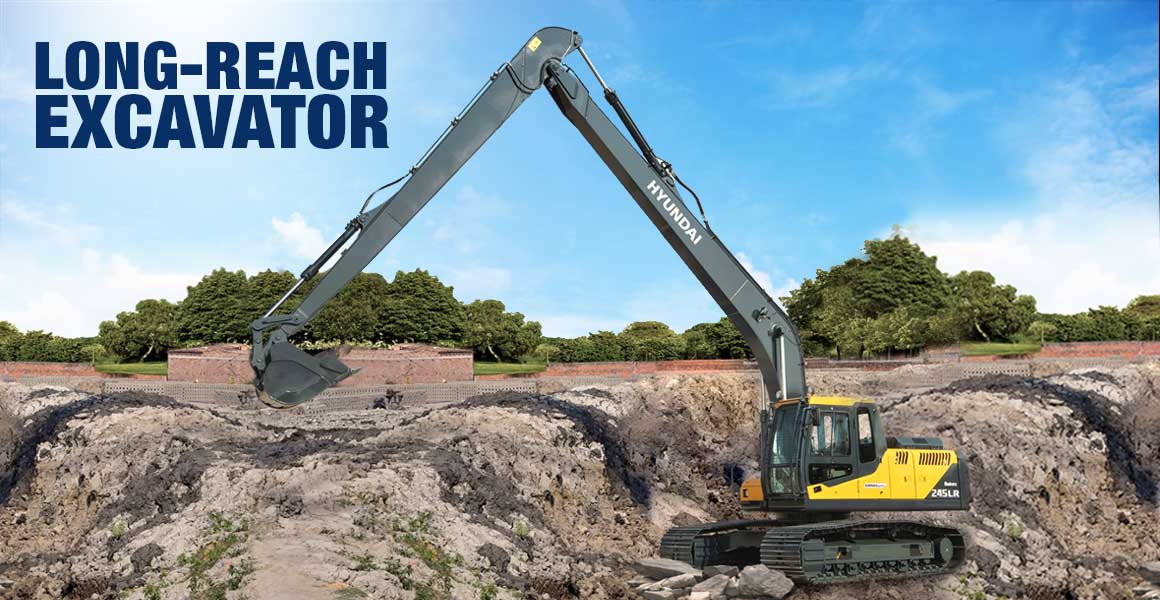 As the name suggests, a long reach excavator consists of extended boom and arm which give a longer working range for performing tasks quite away from the machine that is hard to reach such as deep trenching, underwater digging etc. This kind of design helps for better operation in hard to reach locations. Long reach excavators are widely used for demolition projects and over water body applications. Various attachments can be fixed to the arm to perform additional operations such as crushing, cutting and shearing. 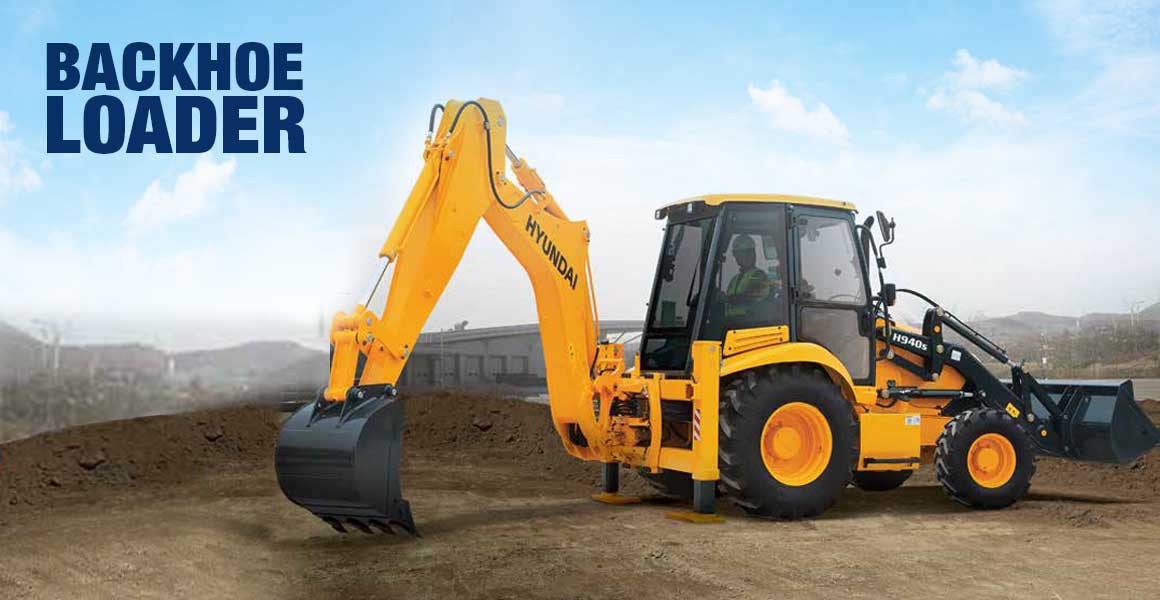 Backhoe Loader is very popular machine & easily visible on roads & construction sites. It is heavy equipment that consists of a tractor-like unit fitted with a loader-style bucket on the front and a backhoe on the back. These machines can perform multiple jobs with ease & hence popularly known as multipurpose machine. It can easily handle landscaping jobs of all sizes and types, such as digging up trees, land, and moving material from one location to another. They can also use for loading-unloading trucks, moving rocks, boulders, and gravel, or moving dirt and pushing topsoil into place. It is also used in quarry & mining sites. The big difference with excavators is backhoe loaders cannot rotate 360 degrees like Excavators & also have restrictions to work in rocky, muddy areas. 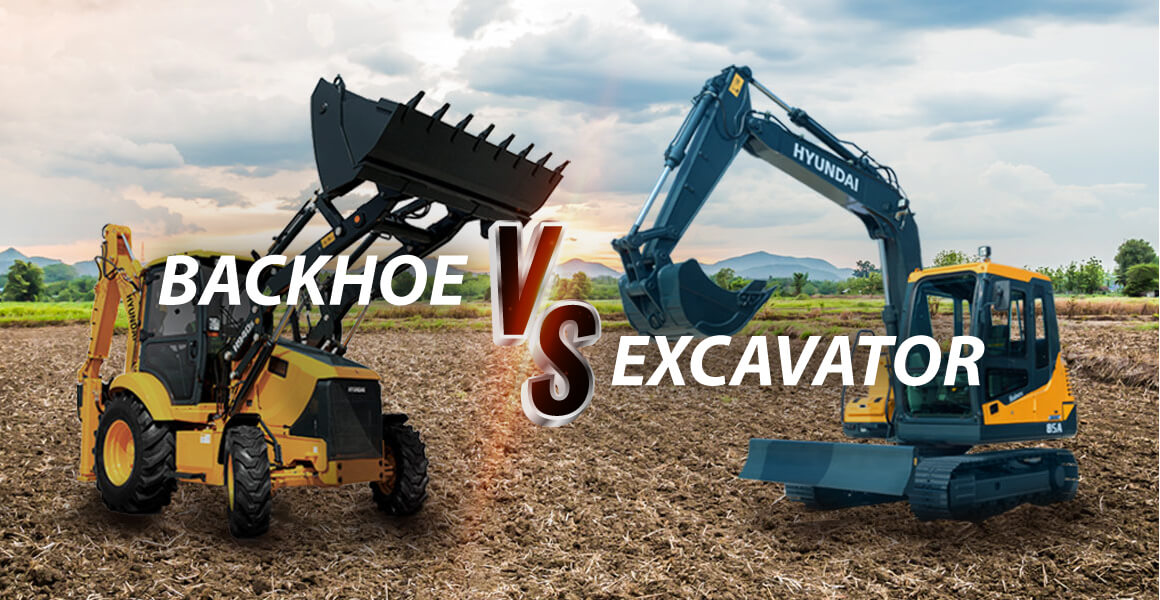 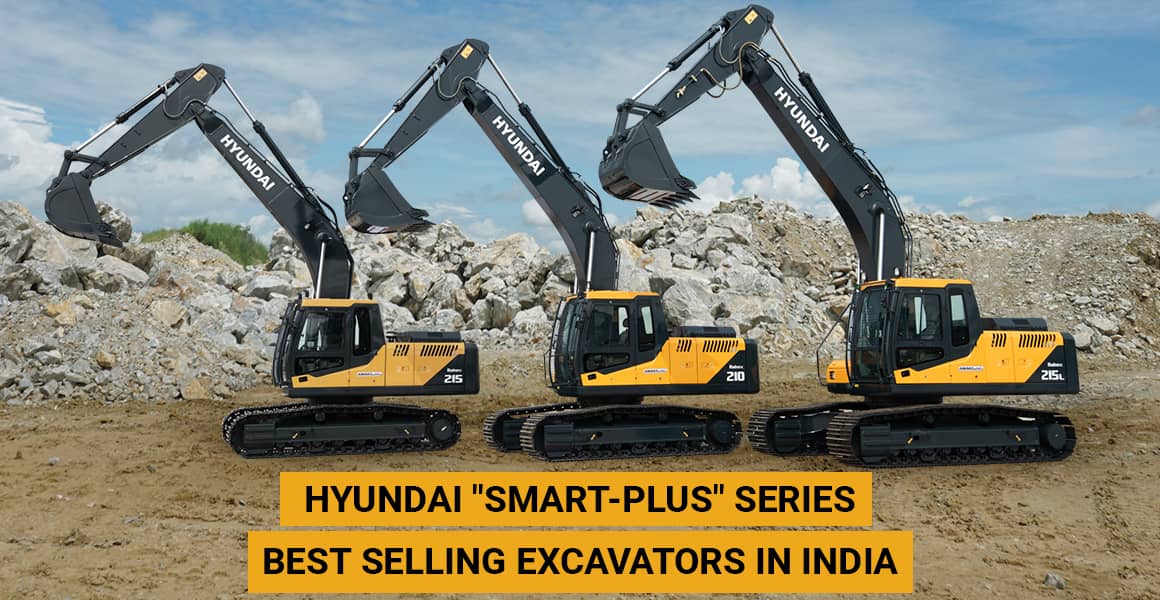 PRODUCTS
"SMART PLUS" SERIES–BEST SELLING EXCAVATORS FROM HYUNDAI IN INDIA
Hyundai has always been ahead in keeping its promise to customers of providing equipment to meet tough jobsite requirements and supporting them with the best & prompt service in the industry.
Read More 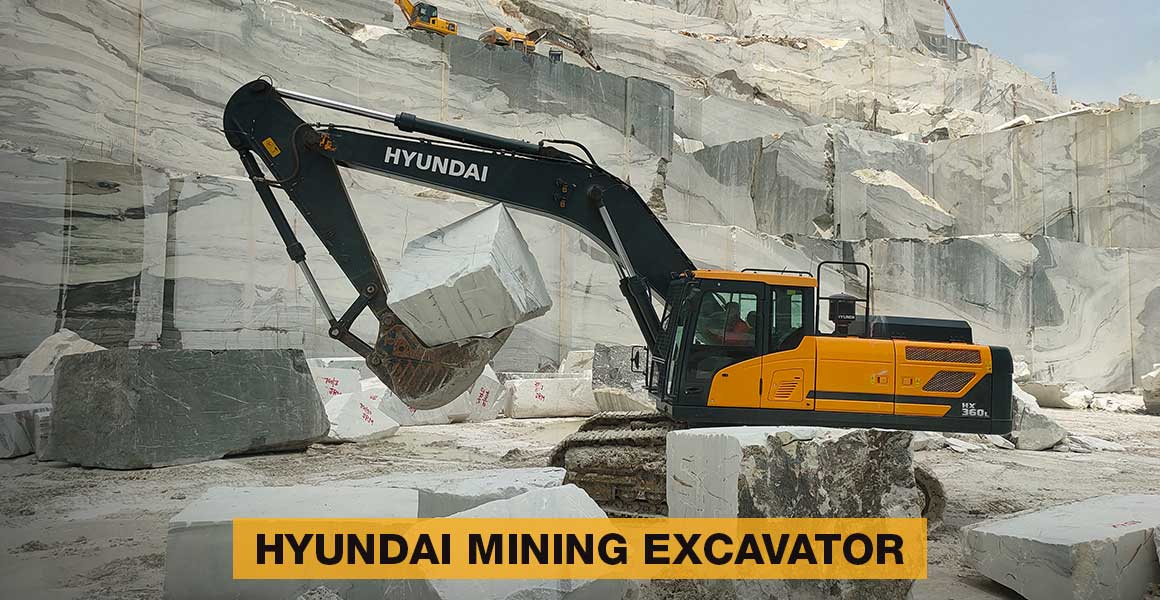 PRODUCTS
5 Reasons To Consider Hyundai’s Mining Excavators (HX Series)
If you are in the market for another mining excavator, you should check out the highly durable and brand-new design of mining excavators from Hyundai.
Read More
×
Request a price

We use cookies to improve your experience on our site and offer you relevant information. ACCEPT
×
Enquiry Now